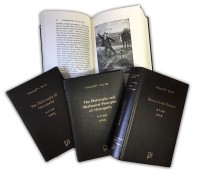 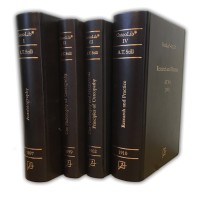 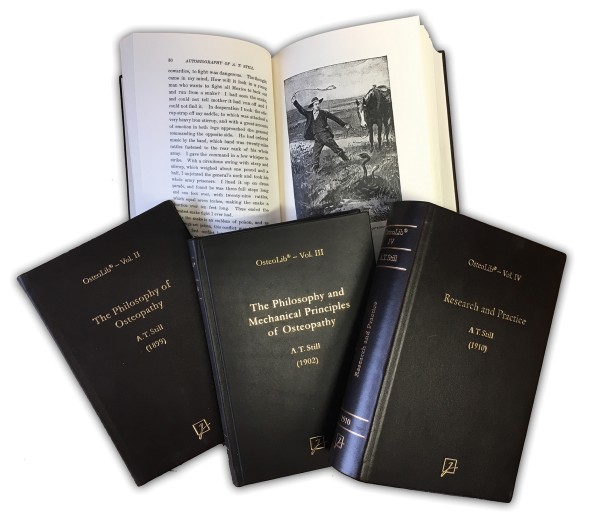 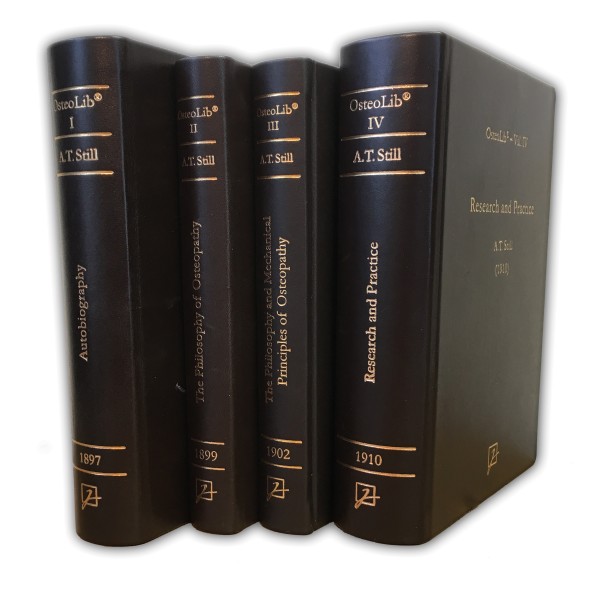 100 YEARS AFTER A.T. STILLS DEATH:
A TRUBUTE TO THE DISCOVERER OF OSTEOPATHY!

A.T.Still, the founder of osteopathic medicine was born in Virginia in 1828. After sehrving an apprenticeship under his father, he completed additional coursework at the College of Physicians and Surgeons in Kansas City, Missouri, He went on to serve as a surgeon in the Union Army during the American Civil War. After the Civil War and following the death of three of his children from spinal meningitis in 1864, Still concluded that the orthodox medical practices of his day were ineffective and devoted the next ten years of his life to studying the human body and finding better ways to treat disease.
His research and clinical observations led him to believe that the musculoskeletal system played a vital role in health and disease and that the body contained all of the elements needed to maintain health if properly stimulated. Still believed that by correcting problems in the body‘s structure, through the use of manual techniques, the body’s ability to function and to heal itself could be greatly improved.

He also promoted the idea of preventive medicine and endorsed the philosophy that physicians should focus on treating the whole patient (“triune nature of man”), rather than just the disease. At the time, these beliefs formed the basis of a new medical approach, osteopathic medicine.

Vol. I: Autobiography (1897)
This book provides a fi rst hand narrative of Andrew Taylor Still’s life and the development of Osteopathy. This is the fi rst edition of this work and is slightly longer than the second edition. This edition was published the fi rst time June 15, 1897 by Still in Kirksville, MO. He states in the preface that this work is a collection of the truth of his life as he remembers it, and suggests that facts and fi gures may not be perfectly accurate as he took no notes in his life. He describes frontier living as a boy and young man. He talks about his becoming a physician and all that entailed. His political stand is evidenced by his support of the Free State movement in Kansas in the 1860s. He also discusses how Osteopathy developed out of his need to find something better than what medical practice had to offer at the time.

Vol. II: Philosophy of Osteopathy (1899)
This treatise on the philosophy of Osteopathy was also reprinted by the Academy of Applied Osteopathy and the American Academy of Osteopathy. Still felt that perhaps this book was a bit premature in being published at such an early date because Osteopathy was so new at this time. He did, however, want to publish something in response to others who had published about the topic, but who he felt deviated from the true nature of Osteopathy. He sets out guiding principles here in place of rigid rules. He uses the principle of normal versus abnormal to guide students into what he feels is the proper way of thinking about disease and treatment, and calls osteopaths artists. As all of his books, he uses a very plain English, Midwestern American dialect in his writing that is easy and fun to read.

Vol. III: The Philosophy and Mechanical Principles of Osteopathy (1902)
Published in 1902 in Kansas City, Missouri, this book is Still’s creation of a textbook for use in Osteopathic schools. Like his other books, it is written in layman’s language to students as a guide in learning Osteopathic principles and treatment as well as in thinking through medical problems. Still calls for progress in the medical profession to advance the healing arts by seeking truth and not relying on drugs for treatment. He likens learning Osteopathy to being a carpenter’s apprentice, a correlation that illustrates the hands on nature of Osteopathy. One must have a teacher present to learn effectively.

Vol. IV: Osteopathy. Research and Practice (1910)
In his last book, Still takes a regional approach in discussing disease process and how to treat with Osteopathy. He emphasizes that he has tested and tried all the techniques he presents in the book for their efficacy. He also outlines the basic principles of medical practice of the day that did not harmonize with Osteopathic philosophy. He begins the book with descriptions of the fundamentals of Osteopathy with emphasis on finding the dysfunction and then using the appropriate method to release it. He then proceeds to discuss each region of the body (head, throat, thorax, abdomen, etc.), obstetrics, fetal and prenatal care.