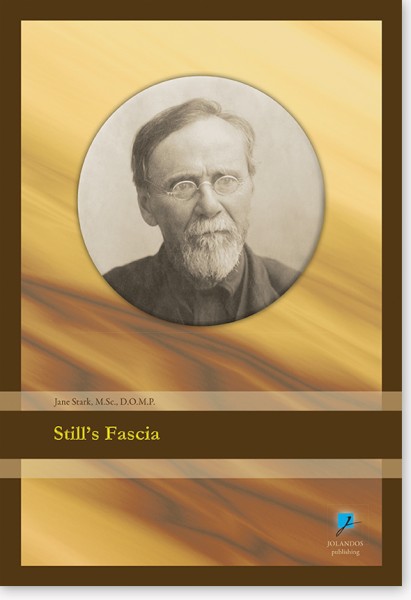 Jane Stark, DO, MP. Since 2001, the osteopath practising in Toronto has devoted herself to intensive studies of the complete works, both published and unpublished, of Andrew Taylor Still (1828-1917), the discoverer of osteopathy. She has become the leading authority in this field. Jane Stark graduated from the Canadian College of Osteopathy in Toronto, where she now works as an honorary member of the faculty in the field of qualitative research. In this position, she unremittingly encourages her students to “dig on”.

Jane Stark’s work on Still’s fascia belongs to the most important publications on the discoverer of osteopathy, along with Carol Trowbridge’s Andrew Taylor Still (1828-1917). Her work meets the highest scientific demands, and allows the public to have access to an immense store of hitherto unknown sources.

”A much needed, carefully researched, and challenging assessment of the thought of Andrew Taylor Still.” (Anthony G. Chila, DO, FAAO)

”A superb in depth study of the philosophical foundation of Osteopathy!”
(Viola M. Frymann, DO, FAAO, FCA)