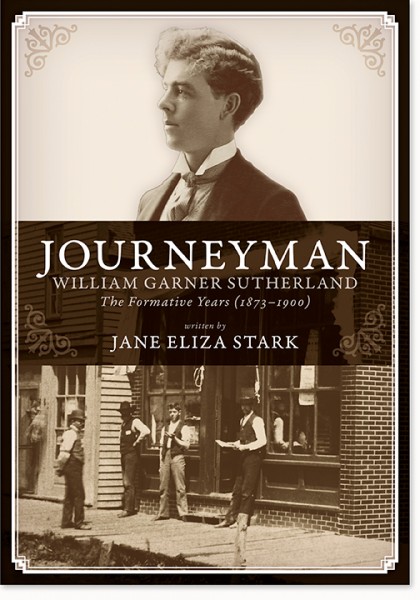 Volume I of II.

Journeyman: William Garner Sutherland, The Formative Years (1873-1900) chronicles the early life and times of William Garner Sutherland (1873-1954), the osteopathic physician who is acknowledged as the originator and developer of the osteopathic cranial concept. Journeyman tells Dr. Sutherland’s backstory, beginning with his parents’ upbringing on neighbouring farms in Wisconsin and ending when, at age twenty-seven, he accepted a Doctor of Osteopathy diploma from osteopathy’s founder, Andrew Taylor Still. On June 28, 1900, Sutherland graduated from the original osteopathic educational institution - the American School of Osteopathy (ASO) established by Dr. Still in 1892 in Kirksville, Missouri.

Because Journeyman tells Dr. Sutherland’s story prior to his graduation, he is mostly referred to simply as “Will” in this book. Will left no autobiography or diaries and only a few personal notations. Instead he wrote about his work. Therefore, Journeyman has used information about the people, places, and events from Will’s environment to create his biography. Vivid descriptions—including landscapes, a blizzard, and a tornado that Will experienced—together with photographs and maps of places where members of Will’s family lived, worked, studied, or died, position the reader alongside Will and the nineteenth-century characters with whom he interacted. These figures include family members, employers, mentors, and instructors at the ASO.

Will was the second of four children born to Dorinda and Robert Sutherland. The Sutherlands were an ordinary family leading an transient life in Midwestern America during the latter part of the 1800s. Readers will follow the misadventures of Will’s father, who was a dreamer, a seeker, and a well-intentioned and honourable man, despite his poor decisions and bad luck. Robert relocated Dorinda and the children—Stephen James, William Garner, Robert Guy, and Helen Ivy—multiple times throughout Wisconsin, Minnesota, and the Dakota Territory.

It was while living in the newly opened frontier town of Blunt, Dakota, that Will’s nearly destitute parents indentured the boy to George Schlosser, the editor of the town’s newspaper, The Blunt Advocate. Under Schlosser’s supervision, Will joined “the force” of the newspaper as an apprentice. Deprived of his teenage years by having to work and leave his family behind, Will entered a man’s world at the approximate age of twelve and began to realize its opportunities and to master its challenges.

With only a brief interlude, Will worked for several Midwestern newspapers for over a dozen years, holding various production positions, including compositor, printer, foreman, journeyman, and reporter. During that time, he developed a highly refined set of manual skills and the mechanical aptitude, power of concentration, and receptivity that would position him to realize the potential for inherent motion within human skull bones; the connection was revealed by a display in a cabinet at the ASO. That realization formed the basis of his revolutionary osteopathic cranial concept. It is noteworthy that, among the hundreds of people that walked by that display of skull bones at the ASO, only one person was inspired by them—William Garner Sutherland.

“Accompanied by pictures, charts and maps, Journeyman tells a fascinating story of how William Garner Sutherland developed the initial skills and inspiration for his cranial model. A must-read for anyone practicing cranial osteopathy.”
Marie Colford, DO(QC)

“Jane Stark has done an amazing job of researching and describing a trio of histories : William Garner Sutherland’s genealogy and early years ; the development of osteopathy ; and the progress of the methods of typesetting and printing in the newspaper industry. Her detailed accounts of all three takes this story well beyond the range of a standard biography.”
Glenn Ickler, grandnephew of William Garner Sutherland

“Journeyman is a well-referenced, scholarly book that does an exemplary job of exploring the formative periods of Sutherland’s life, including his work as a newspaper journeyman and his years studying osteopathic medicine at the first school of osteopathy. It provides a valuable backstory to Sutherland’s life and career. I am looking forward to the companion book to follow, which will explore Sutherland’s career, thinking, philosophy, and spiritual interests, as well the development and application of his cranial concept.”
David B. Fuller, DO, FAAO, FNAOME, Professor, Department of Osteopathic Manipulative Medicine, Philadelphia College of Osteopathic Medicine, and author of Osteopathy and Swedenborg : The Influence of Emanuel Swedenborg on the Genesis and Development of Osteopathy, Specifically on Andrew Taylor Still and William Garner Sutherland

“Jane Stark takes us with her on the adventure journey of the Sutherland family. What influenced W.G. Sutherland, his path into Osteopathy. In addition, she gives an extraordinary view on the history of osteopathy and even America ! The book is strongly recommended for all who are interested in knowing this history.”
Frank Mueller, MD, DO-DAAO, DOM-EROP Orthopedic Surgeon & Osteopathic Physician, President of the European Register of Osteopathic Physicians (EROP), member of the Board of Directors of the Osteopathic International Alliance (OIA), Vice-President of the German-American-Academy of Osteopathy (DAAO)

“Dr. A.T. Still wrote, ’A history of any person, place, thing, government or discovery, to be intelligently presented, must start at the point of time when this person or their discovery did not exist.’ (A.T. Still Papers 2009.10.605) Jane Stark has taken Still’s advice to heart in her well-written biography about Dr. William G. Sutherland—“Will.” To understand the Father of Cranial Manipulation, Jane provides a deeply detailed and well-researched documentation of Will’s place in time, surroundings, family, work experiences and mentors, written to explain the person. Be prepared to increase your knowledge in the frontier period, why the typesetter experience was key to Will’s perspective and who were his life mentors that taught him to expand osteopathy into unchartered areas. This is not a mere biography of Sutherland ; it is an osteopathic experience and awakening. I am confident that you will understand Will and his development of cranial manipulation with greater appreciation when you finish reading Jane’s enjoyable book."
Jason Haxton, Director, Museum of Osteopathic Medicine 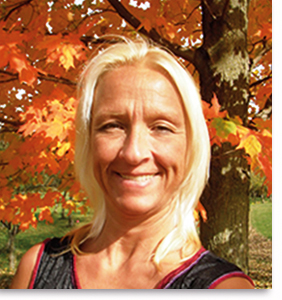 Jane Eliza Stark, M.Sc., D.O.M.P., Jane has had an active clinical practice since 1991, first as a certified athletic therapist since 1991, and beginning in 2003 as an osteopathic manual practitioner. She is also registered kinesiologist. Jane continually engages in continuing education courses, most notably an extensive study of Blechschmidt’s embryology with European instructors.
On the academic side, Jane contributes regularly to the therapeutic literature and is most notably the author of Still’s Fascia (German ed: Stills Faszienkonzepte) and a contributor to the newly released book Fascia in the Osteopathic Field. Her work has been published in several peer-reviewed journals.
Over the last 15 years, Jane has taught a fluidic approach to connective tissue on four continents and in 10 European countries. Jane also teaches complexity theory, histology, human embryology, techniques of the early osteopaths, spirituality in Osteopathy, and the history of osteopathy. Coupled with dissection of fresh tissue, this extensive background gives Jane the advantage of understanding connective tissue on multiple levels.
Jane Eliza Stark holds an undergraduate degree from the University of Guelph in Biology (1980) and a Master’s degree from Walden University in Clinical Research Administration (2014).
She also holds diplomas from Sheridan College in Sports Injury Management (1990), the College D’études Superior in Somatotheraphy (2001), and the Canadian College of Osteopathy, in Osteopathy (2003).
She has been the director of student research at the Canadian College of Osteopathy in Toronto since 2005. 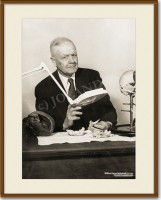 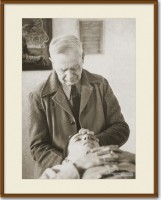